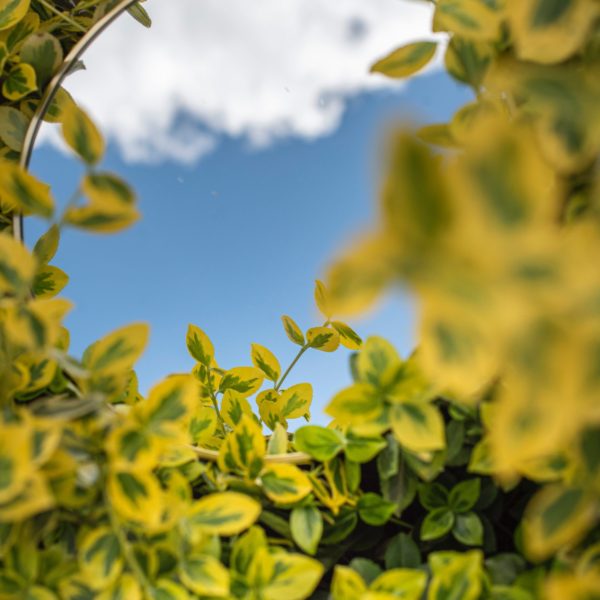 3 Do nothing out of selfish ambition or vain conceit. Rather, in humility value others above yourselves, 4 not looking to your own interests but each of you to the interests of the others. 5 In your relationships with one another, have the same mindset as Christ Jesus.

People who are not believers often look at the behavior of confessing Christians.  As we are on our journey of faith, we must strive to live a life that demonstrates behavior pleasing to God.

Paul encouraged believers in Philippi to imitate Christ in humility in the way they treat one another.   It is not necessary to boast about being a disciple for Christ, but it should be demonstrated in the life you live.

By this everyone will know that you are my disciples, if you love one another (John 13:35 NIV).

As Christians, we must daily examine ourselves to see if we are imitating Christ. 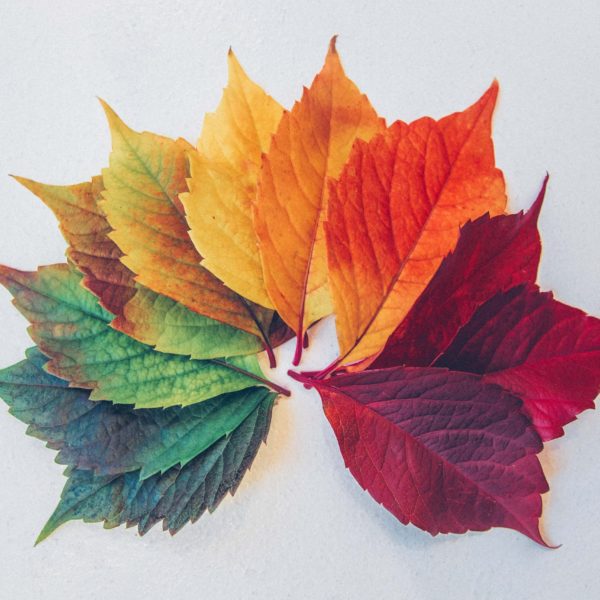 There is a time for everything, and a season for every activity under the heavens (Ecclesiastes 3:1 NIV)

There is also four divisions of Life’s seasons.  These seasons are marked by situations that we have in our lives. Spring brings new beginnings, and a fresh start.  The season of summer may be when things appear to be difficult because of the heat of trials and tribulations.  The season of Fall is when those close to leave.  You are now pressing forward to the future.  The season of winter is when there appears that nothing is happing. There appears to be no progress in the goals that you have started.

God knows where you are in life’s seasons. God will be with you through all of your seasons.  Whatever season you are in embrace it with prayer.    Pray continually (1 Thessalonians 5:17). 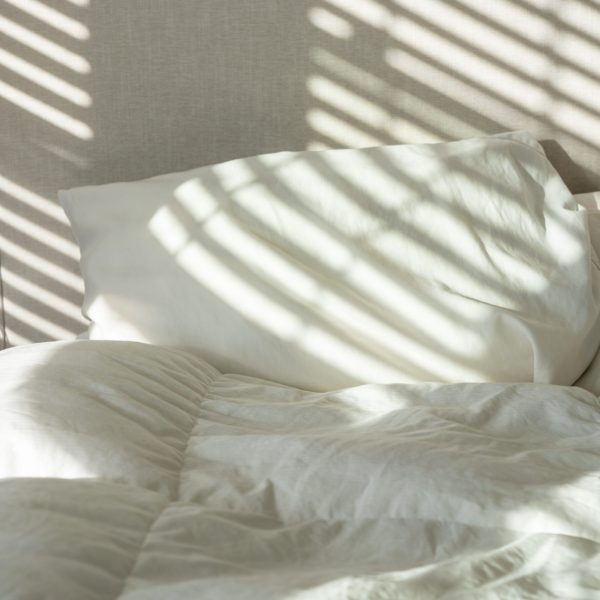 Rest is being relaxed or released from stress.  Rest can be accomplished by placing hope, trust, and confidence in someone.

Many times people have said that they need to get away to their favorite vacation spot at the Beach or Mountains for rest.  This rest is only temporary if we have not found the rest in Jesus Christ.  This rest is a peace that calms worries and concerns.

In the 11th chapter of Matthew is where Jesus invites all to come to Him if they are weary             ( mentally and physically exhausted).  Weariness comes by trying to handle problems on your own.  Not just your problems but everyone else’s problem.

Come to  Jesus not just if you are weary but if you are burdened.   Burdens are the troubles of life.   Burdens can be anyone or anything  that causes you to be bound,  and hinders your walk of faith. 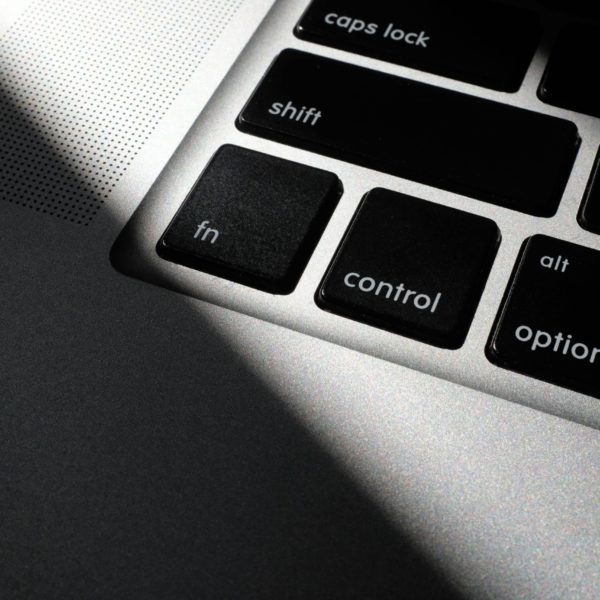 The Apostle Paul writes: “So you should consider yourselves to be dead to the power of sin and alive to God through Christ Jesus. Do not let sin control the way you live; do not give in to sinful desires.  Do not let any part of your body become an instrument of evil to serve sin.  Instead, give yourselves completely to God. . .”  (vv. 11-13 NLT).

Self-denial is a battle within itself.  As children of the Most High God, we must make every effort to deny the sinful desires of the flesh.  Trying to accomplish this in our own strength is impossible for us but it is by the power of God through Christ Jesus that we are enabled to do it.  When faced with temptations, the Apostle Paul says “we are not to give in to sinful desires.”  Therefore, to take control of our sinful and fleshly desires we must relinquish control to the very One who can handle it for us.  Turn to God in weakness and He will strengthen you!  Practice self-control by giving yourself completely to God.  Then you can walk in confidence knowing God is in control. 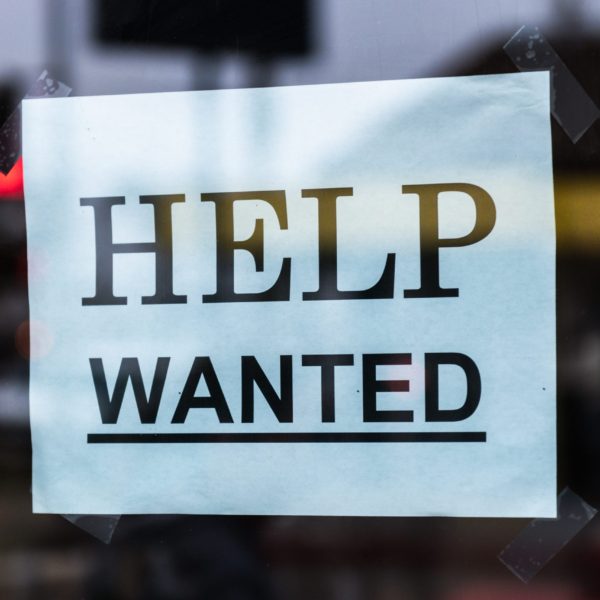 Matthew 9:37 (NIV) Then he said to his disciples, “The harvest is plentiful but the workers are few.”

All over the city is a sign that reads, “Help Wanted”.  Employers have stated that although there is plenty of work, there is a lack of laborers.  In Matthew’s gospel Jesus saw a multitude of those who had needs.  He told his disciples that, “the harvest truly is plentiful but the laborers are few”.

There is a need for people to work for the Kingdom of God.   Will you accept the position?  The only previous qualification is that you have received the gift of salvation through faith.  The benefits are eternal life.  If interested pray to the Heavenly Father the CEO.  All serious applicants should apply for immediate hire.  There are plenty of work in the position as a laborer in the Kingdom, but very few workers. 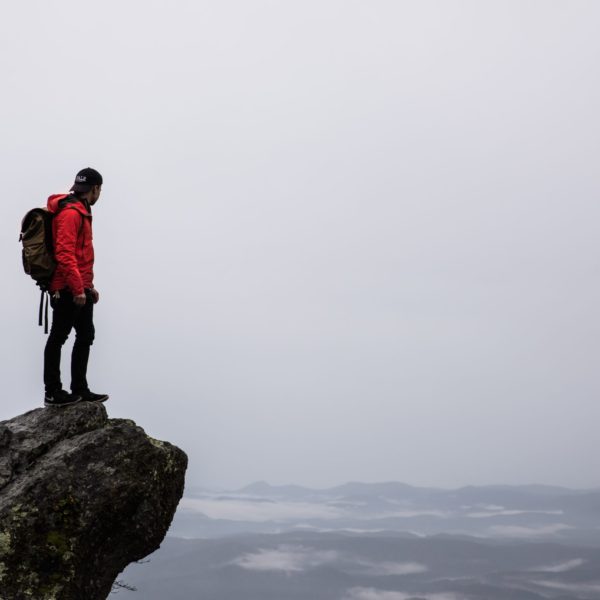 45 David said to the Philistine, “You come against me with sword and spear and javelin, but I come against you in the name of the Lord Almighty, the God of the armies of Israel, whom you have defied (NIV).

There is no battle or situation that our Giant cannot defeat.  God is our Giant who is powerful than anyone, anything, or any situation.  Sometimes we find ourselves facing these little giants such as: fear and doubt.  Although they may appear to be powerful, they are no match to the power of the almighty God.   Fear is caused by the belief that the situation is impossible to handle.  Doubt is the uncertainty that anything positive will come from what appears to be impossible.

David was a shepherd, who came face to face with a giant.   David did not trust in his ability, but the power of the Almighty God. There were those who doubted that David could defeat the giant.   The giant appeared to be more powerful then David.  David stood firm in his belief in the power of God, and defeated the giant Goliath.

When we are faced with giants in our life, we must have confidence in God’s ability to help us defeat the giants. Like David we may have those who may know our situations and have determined that things will not get better.  Instead of looking at the situation in determining the outcome, we should look at the power of our Giant (God).    It is then that we can have victory!

These giants are no match to our Giant (God).

Jesus looked at them and said, “With man this is impossible, but not with God; all things are possible with God” (Mark 10:27 NIV).

God is on Our Side!

What a joy to know that God is on your side!  Knowing that God is on your side brings comfort to a fearful soul.  When the enemy attacks, God is on our side fighting the battle for us.  As God’s children we deal with spiritual enemies but we can take courage because the Sovereign Lord is on our side.  The Lord declared to Israel through the prophet Isaiah, “No weapon formed against you shall prosper, and every tongue which rises against you in judgment You shall condemn. This is the heritage of the servants of the Lord, and their righteousness is from Me (54:17).”  This was not to say they would not have any trouble or face enemy attacks but it was to assure them that God was on their side to give them the victory.  This promise is for you today.  As you face trials and it seems like you are being defeated, remember God will not allow the weapons that are formed against you to succeed.  God delivers us from those who seek to destroy us.  So, remain faithful to God and obey His commands and you can declare as David; If the Lord had not been on my side.

God is Our Helper! 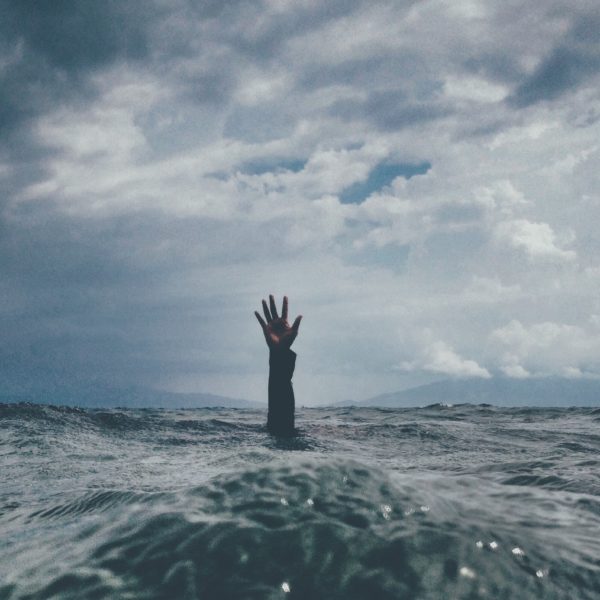 Every Christian can be assured that the Lord will provide whatever help they may need.  God is a Spirit and yet we are to trust He will provide our every need.  How does God provide for all of our needs?  God is the creator of everything.  God is omnipresent, omnipotent, and omniscient.  Putting our trust in God calls us to believe and know that God cares enough to send help for His sons and daughters.  My help comes from the Lord, the Maker of heaven and earth (Psalm 121:2).  When the children of Israel needed food while in the wilderness, God provided manna for them to eat. When Jonah was thrown overboard, he needed help. He needed someone to rescue him from drowning.  God provided a fish for Jonah’s survival.  Naaman was covered with leprosy and in need of healing.  God provided a young girl to give instruction of where he could go for help. When David, as a young boy needed help against an attack by a bear, God provided David with strength to overcome the bear. While Peter was in jail, God provided an angel to deliver him without harm. No matter what we may encounter, we can depend on God for help.  God is our refuge and strength, an ever-present help in trouble (Psalm 46:1).  God is aware of our needs.  I challenge you today to not stress over your problems or situations but look to God for help.  All our help is from God.

Pentecost: Preparing The Place; The Power of Knowing. 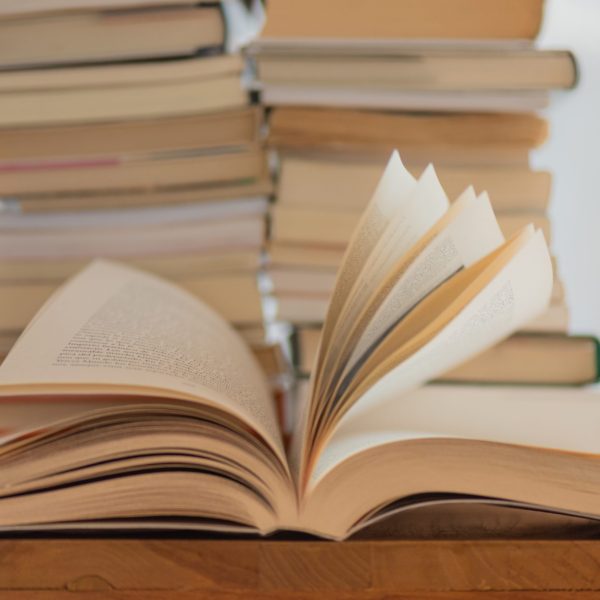 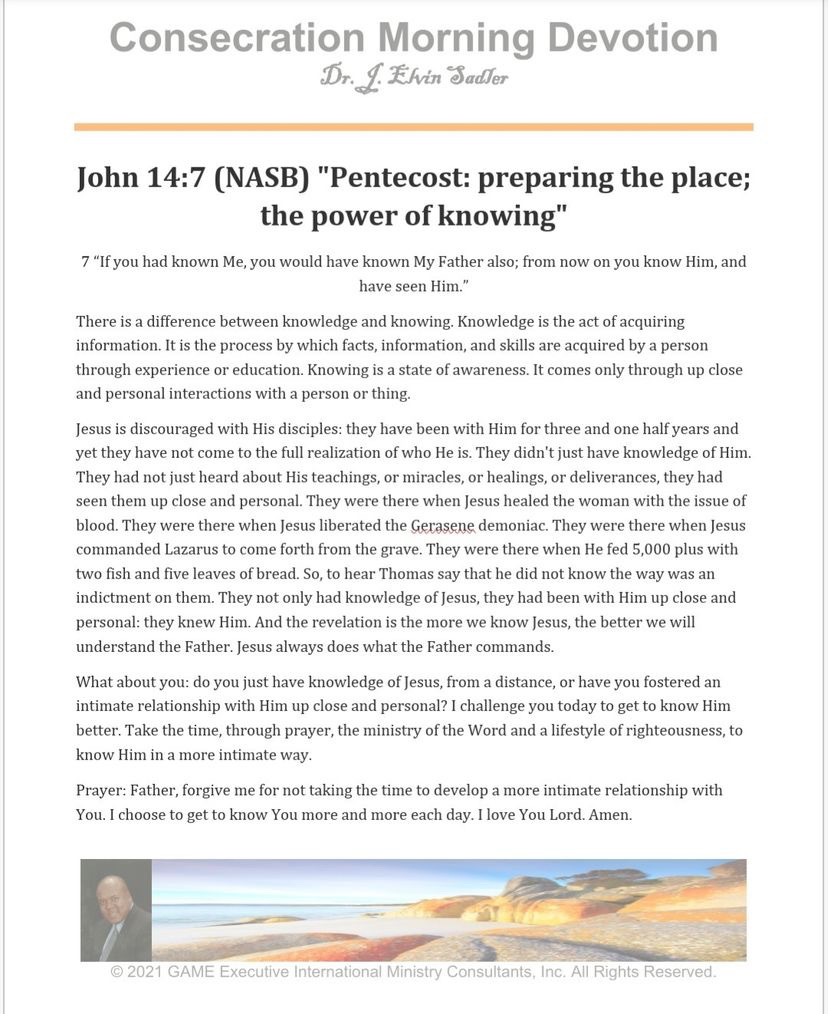 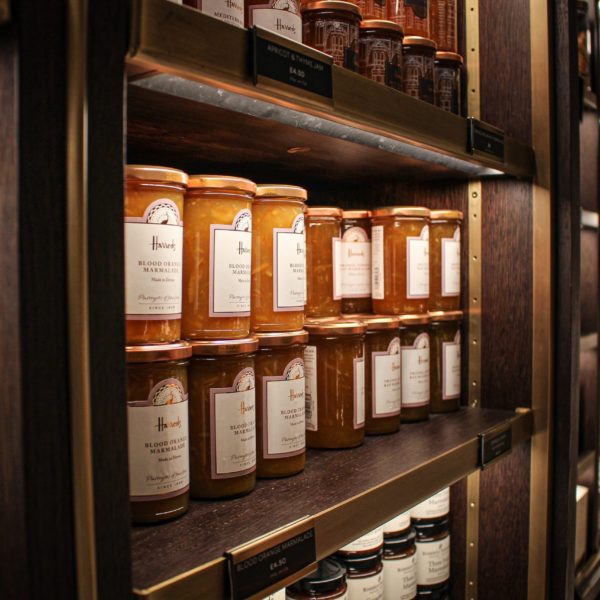 How safe is it in this world today?  The increased violence and senseless murders in our communities renders cause for alarm.  Many people are living in fear of leaving their homes.  Some may ask why are Christians afraid?  The truth is, life’s circumstances can sometimes cause the faithful to lose confidence and heighten their concern for safety.  David, a man after God’s own heart came to understand that in the midst of trouble God would be his shelter.  David prayed to God for covering.  Asking God to preserve him expresses David’s desire for God to keep him safe.  Just like David, we too must put our trust in God who is able to keep us.  When I think of preserving, I am reminded of how my grandmother would preserve fruit and can fresh vegetables.  She would use the old fashion mason jars.  After filling the jars with fruit or vegetables, she would tightly seal the jars to keep its contents fresh.  These jars remained covered.  As long as the jars remained covered and tightly sealed, its content was preserved in order to be used later.  Once the time came to open a jar, we thoroughly enjoyed the great taste of the fruit and/or vegetables.  Likewise, ask God to preserve you so you can celebrate and enjoy life even in the midst of trouble.  God can preserve you from the enemy’s attack, sin, self and from dangers.  Let God cover you!