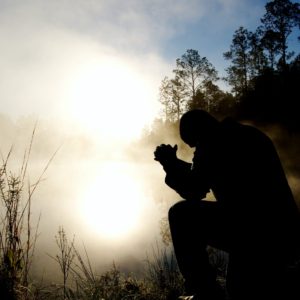 Precepts for an Abundant Life: The Remedy for Haughty Eyes: Humility

Precepts for an Abundant Life: The Remedy for Haughty Eyes: Humility

Proverbs 6:16-19 “16 There are six things which the LORD hates, Yes, seven which are an abomination to Him: 17  Haughty eyes, a lying tongue, and hands that shed innocent blood, 18 A heart that devises wicked plans, Feet that run rapidly to evil, 19 A false witness who utters lies, and one who spreads strife among brothers.”

Our God is a God of order and inclusion. He is very clear on what pleases Him, such as love, forgiveness, trust and obedience. When we follow these attributes, He draws us close to Him. He is also clear on things which displease Him and which are an abomination to Him. Abomination means to bring extreme displeasure, or disgust, ultimately leading to rejection and alienation.

Solomon lifts up seven things that bring rejection from God: the first thing is haughty eyes. Someone with haughty eyes is one who looks with arrogance towards others. This person is one who sees others as inferior to themselves. They become so obsessed with their own self-righteousness that they choose to believe they are always right, have all of the answers and refuse to submit to the authority or wisdom of others. They even get to the point that they never feel the need to apologize for their actions, while expecting those around them to always apologize to them.

It is the first act of abomination because it is the same sin that caused Lucifer to rebel against God: pride. Pride drives everything around it. The danger of pride is that it will cause you not to turn to God until you feel the need to, rather than relying on Him daily to direct your path. The opposite of pride is humility: the act of being moldable and pliable to God and man. Humility is the posture God expects us to walk in daily.

I challenge you today to walk in humility. Allow your heart to be open and sensitive to the promptings of God. Let Him to speak to your heart and reveal those areas that may cause you to walk in arrogance and pride. As He reveals them, allow Him to sear away the fatty tissue of haughtiness and replace it with a heart yielded and submitted to Him.

Prayer: Father, forgive me for the times when I thought more highly of myself than I should. Reveal in me areas of pride that cause me to walk in arrogance. Sear them from my heart and replace them with a spirit of humility. I choose to be submitted to You and to the wisdom of those You place in my life. I love You Lord, Amen.