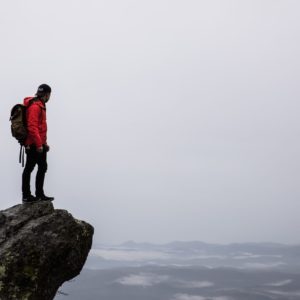 45 David said to the Philistine, “You come against me with sword and spear and javelin, but I come against you in the name of the Lord Almighty, the God of the armies of Israel, whom you have defied (NIV).

There is no battle or situation that our Giant cannot defeat.  God is our Giant who is powerful than anyone, anything, or any situation.  Sometimes we find ourselves facing these little giants such as: fear and doubt.  Although they may appear to be powerful, they are no match to the power of the almighty God.   Fear is caused by the belief that the situation is impossible to handle.  Doubt is the uncertainty that anything positive will come from what appears to be impossible.

David was a shepherd, who came face to face with a giant.   David did not trust in his ability, but the power of the Almighty God. There were those who doubted that David could defeat the giant.   The giant appeared to be more powerful then David.  David stood firm in his belief in the power of God, and defeated the giant Goliath.

When we are faced with giants in our life, we must have confidence in God’s ability to help us defeat the giants. Like David we may have those who may know our situations and have determined that things will not get better.  Instead of looking at the situation in determining the outcome, we should look at the power of our Giant (God).    It is then that we can have victory!

These giants are no match to our Giant (God).

Jesus looked at them and said, “With man this is impossible, but not with God; all things are possible with God” (Mark 10:27 NIV).